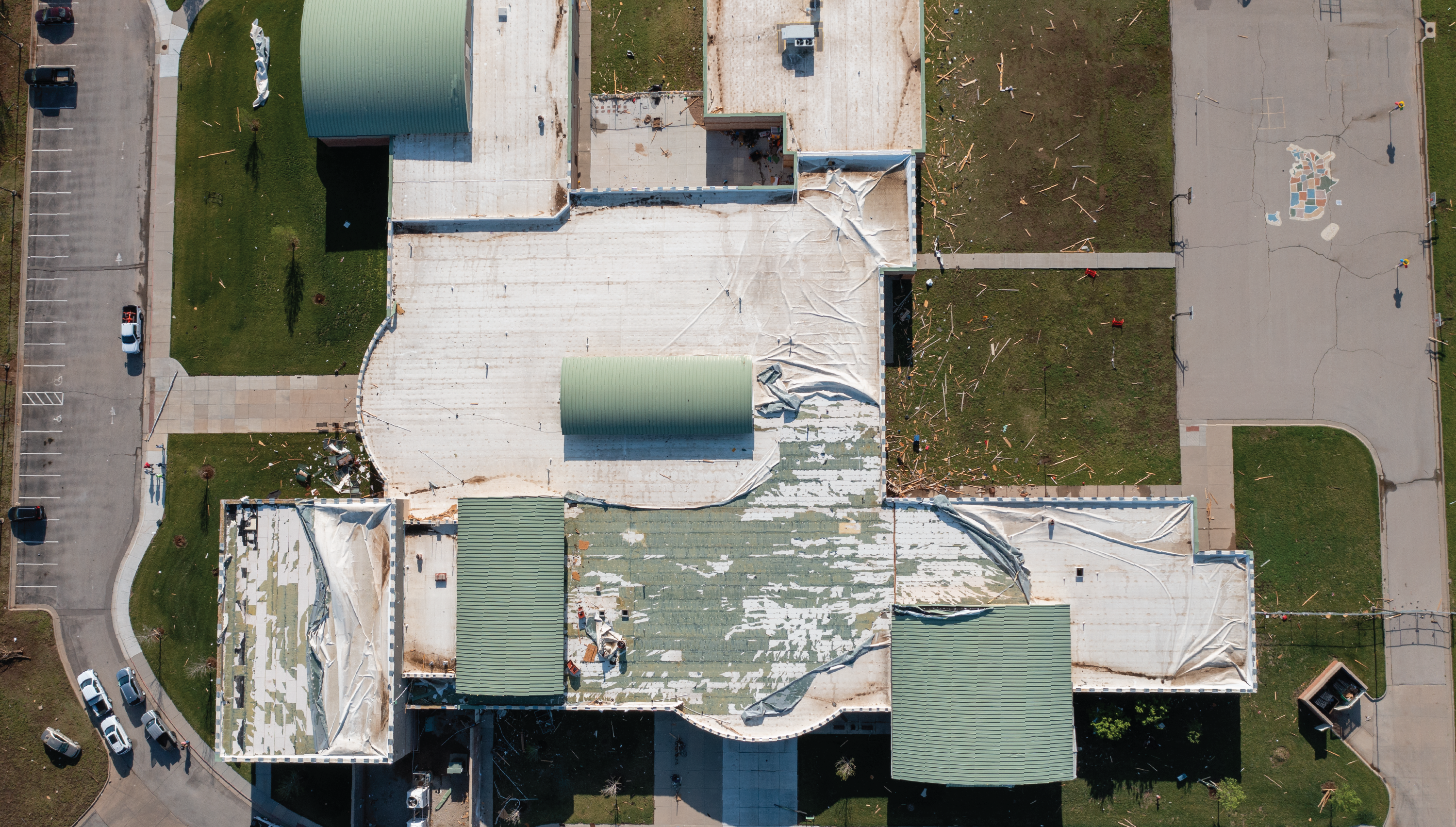 MIDWEST WEATHER IS NO MATCH FOR TRUSTING PARTNERSHIPS

Whether or not you heard the news, saw the videos or were in the direct trajectory of the April tornado that ripped through Andover, Kansas just over a month ago, it’s not hard to empathize with the community that came face-to-face with the full force of it. While everyone was relieved to know that this storm resulted in no major injuries, the damage done to homes and businesses was incalculable.

In moments like these, the community response is often swift and mighty—and that was no different for the Hutton Team.

“I knew the school was in the path of the tornado, so that night I texted [Jackson] asking if everything was alright,” said Hohnbaum. Jackson had texted back that, although he was physically safe, the elementary school had no such luck. Jackson had actually sought shelter in the school’s storm shelter and came face-to-face with the full force of the tornado.

“8:17 p.m. is when it hit the building,” Jackson recalled, “and by 9:00 p.m. we were already thinking—what are we going to do. There was never a doubt as to who we were going to call. It was a matter of when. And around nine something that night, I made the call to Jeff.”

“At that point, it was more about—we’re going to be there to help them with the needs that they have. It’s not business,” said Hohnbaum.

Hutton arrived on the scene by 7:00 a.m. the following day to find a building in need of immediate attention. With a partially missing roof and a burst plumbing system, the floor was covered in standing water. Some electrical wirings were severed, causing a very hazardous environment in conjunction with the water. Gas lines had also been disconnected, causing a gas leak that needed to be immediately shut off.

Brett White, the Andover School District Superintendent, shared some of his experience. “At the time, we could never have expected or imagined the help that Hutton would provide. At daybreak on Saturday morning, Hutton had a couple of dozen workers on site. They spent the day working at Prairie Creek to clean up and begin the process of rebuilding. By Saturday afternoon, the building was secured.”

When Hutton arrived, team members were able to secure the broken windows, turn off the gas, cover the open electrical lines, and even build a temporary roof with the help of their trade partners that held its ground through a couple more storms later that week.

Brett White and David Jackson shared how immeasurable the extra time saved was, once they knew Hutton had the building secured.

“With the stress involved with being in the tornado, I needed a little bit of time to decompress,” Jackson says of the high-octane night that took place. “Knowing that [Hutton] was on site and had everything covered was a big relief. Because, you know, school doesn’t stop Monday.”

Hutton had to work quickly. By the end of the first week, a team was put together, planning a rebuilding strategy, and today, the end of the first month, development and implementation of that strategy is already underway. A timeline is not yet certain for when the plan will be finished, but the work will be extensive. From fresh carpets to a new roof and everything in between, USD 385 Andover has entrusted Hutton with this restoration job, and that responsibility is something Hutton is honored to oversee.

How to Plan for the Worst

“Our Facility Services team has been involved with disaster type situations with other clients, too.” Hohnbaum explains. “One of the advantages Hutton Facility Services brings is, because we’re connected with the building and design side of Hutton, we have a tremendous amount of resources to pull from when a situation like this arises.”

Nobody wants to check the news to see a tornado heading straight for their facility, but Hutton provides such a unique relationship and expertise that brings with it peace of mind. That’s the difference thinking proactively can make.