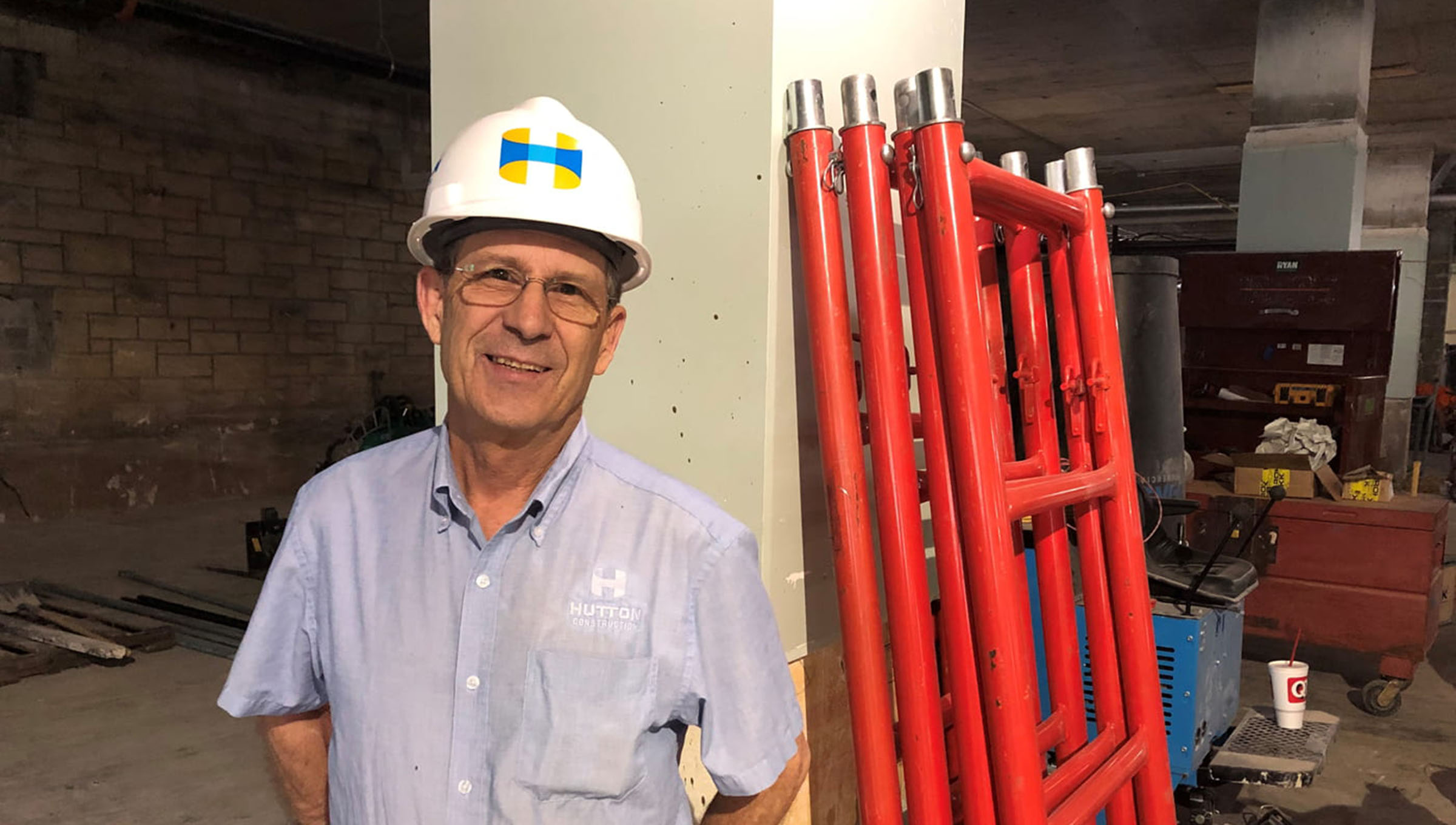 Hale Library at Kansas State University was severely damaged by a catastrophic fire on May 22, 2018. As work progresses to restore the building, the library has chronicled the work on their blog. Their most recent post featured an interview with Hutton’s superintendents stationed on-site.

The Dave & Ellie Everitt Learning Commons opens in fall 2019. We’re so excited, we’ve done everything we can short of scaling Anderson Hall to shout it from the rooftop spire. This week we talked to the Hutton Construction superintendents in charge of making it happen.

Mike Watkins has been in construction for 17 years, including a stints working for a general contractor and as an iron worker. This isn’t his first time on the K-State campus: He worked on the Justin Hall renovation and addition in 2011.

Curt Miller has been working in the construction field a bit longer.

One day while he was on the job, Miller said he saw the man on the job site sitting in a pickup and told his coworkers, “I want that guy’s job.”

He was superintendent on a small project by the time he was 21.

Both say that most of the jobs they work on are new construction and remodels; they don’t often work on buildings after a disaster. Because of the fire, the Hale Library project has required them to deal with a lot more remediation than they normally would. They’re used to dealing with asbestos, but in Hale Library they’ve had to remediate old lead paint, plus smoke and soot contaminants, too.