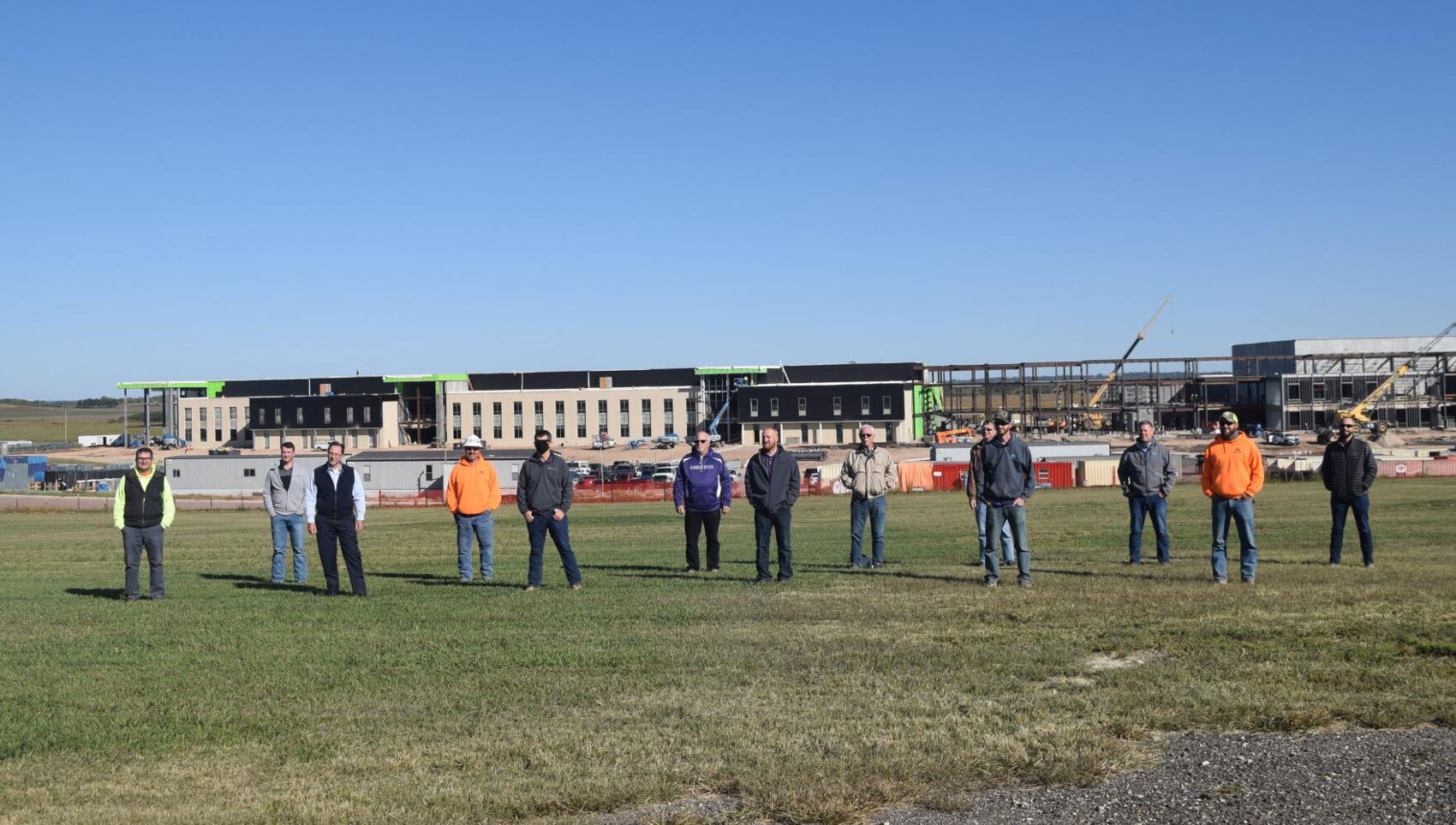 From the early planning stages through nearly every part of is progression, Kansas State University graduates are contributing to the new Junction City High School.

USD 475 Operations Officer David Wild said in the early phases of the project he started to notice how many people he spoke with were K-State graduates.

“It struck me during design development of the project … the number of K-State graduates that were involved with the architects,” he said. “As we continued to move forward with Hutton Construction being selected as the … general contractor, again another team heavy with K-State graduates from the construction science program.”

The theme repeated when the subcontractors came on board, he said. He started asking around and discovered there are many K-State graduating classes represented in this one project including himself, a 1981 graduate; Scott Clark, head of security, class of 1985; and Jim Schmidt who is a USD 475 board member and sits on the construction committee.