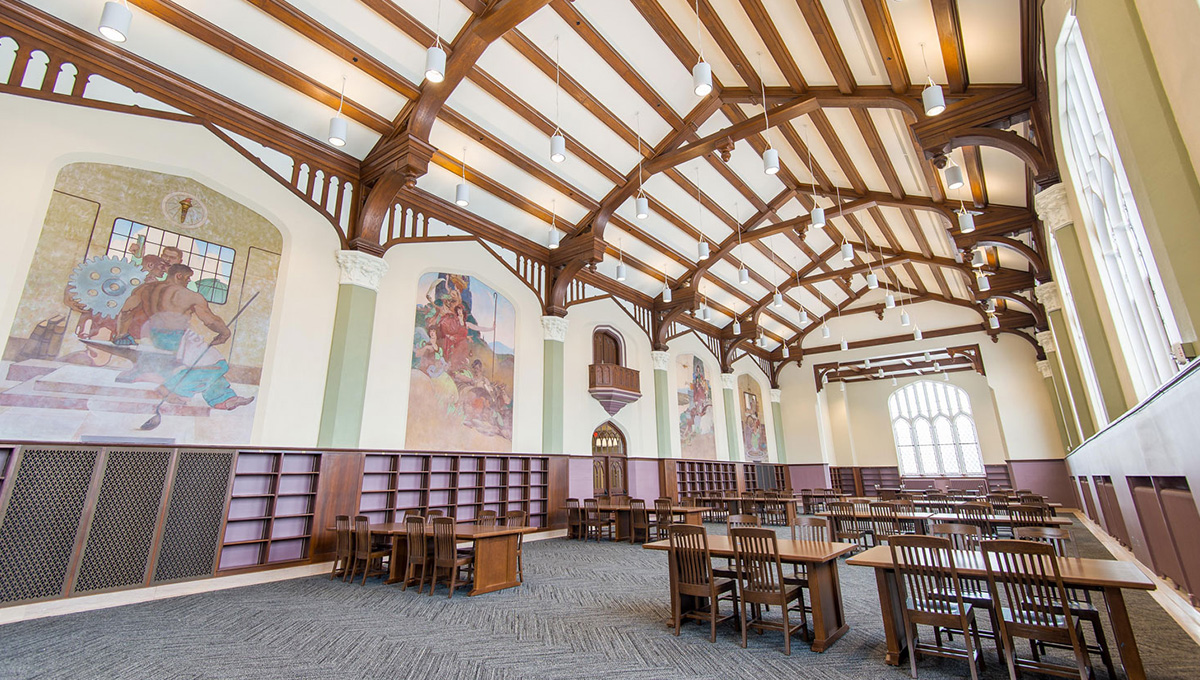 Restoring a historic structure that represents the heart of campus is a labor of love. That’s why we’re so excited to share that Hutton’s restoration of Kansas State University’s Hale Library recently won an AGC Award of Excellence. The project was a collaborative team effort and took many experts in their field working together from fire to finish.

Restoring the library while honoring its history
Hale Library, originally built in 1927, has been a staple of the Kansas State campus for almost a century. After many expansions over the years, a May 2018 fire caused immense smoke and water damage to the historic building and throughout the nearly 550,000SF building.

Wanting to maintain and restore the historic building to its original distinction, the university called on Hutton to restore its “Great Room” and the rest of the building to better serve the student population with a more modern finish, welcoming Hale Library into a new age of technology and collaboration.

This restoration project required a remarkable depth of collaboration with an unusually diverse team of project partners. The project required a full team to address unique issues such as plaster repairs, and the rehabilitation and reinstallation of historical woodwork. Due to the extensive amounts of water introduced into the building to extinguish the fire, the ornate woodwork on the the ceilings, walls and David Overmyer murals were severly damaged, requiring intricate handiwork to restore. Plaster was extensively damaged throughout all three levels of the building.

The first priority was to stabilize the murals to prevent further damage and to protect them from the restoration and repair work going on around them. The Hutton team collaborated with the building’s architect, PGAV, and preservation specialists with TreanorHL and John Canning & Company to consult and assist with the stabilization and protection of the murals, including monitoring moisture levels in the stone and plaster as dehumidification efforts attempted to remove moisture from the building elements. Once the murals were stabilized, wooden “boxes” were constructed around the murals to keep them protected and stabilized throughout the rest of the building restoration work. 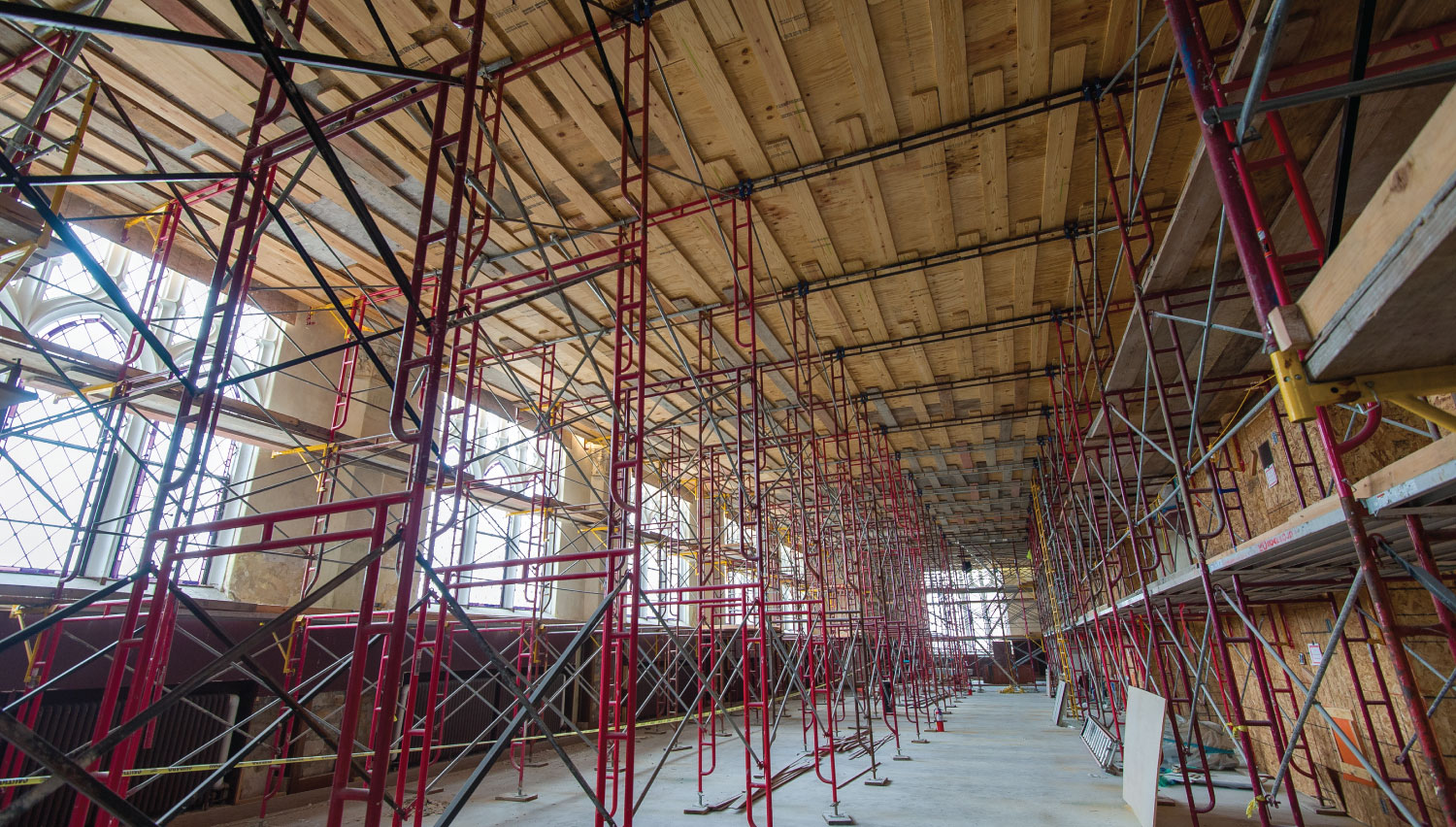 Hutton’s Involvement
The Hutton team was brought on board shortly after the fire to assist the owner with developing the budgets required for the Hale Library restoration project. The owner’s goal was to implement the insurance claim funds to reconstruct a library that would better suit the needs of the students. Because the University’s insurance would only fund reconstruction of the library back to its pre-fire condition with code upgrades, we began engaging with estimates for both conditions—a restore project and a renovation project. Although creating two budgets, one for insurance and one for the university, was an unexpected hurdle, the Hutton team completed both tasks well below budget.

To meet the owner’s schedule needs, the project was broken into five distinct phases that would allow them to first get the building systems back online, then open some portions of the library for students as soon as possible. The team worked diligently to get the first floor open by the fall semester of 2019. During the design of the first floor, an early bid package for purchasing critical equipment was established to expedite those items. The next goal was to open the second floor by spring break of 2020, which was successful.

Of course, the initial restrictions resulting from the COVID-19 pandemic were just starting to take shape around this time. The library closed for a few months, allowing us to finish the project for students by the fall semester of 2020 when the COVID restrictions were loosened. The remainder of the library opened on schedule in the spring semester of 2021.

Hale Library now
Kansas State University was able to move students and faculty into a modern, beautifully renovated library that not only preserved the history of the structure but gave students a modern facility for collaboration and learning.

Thank you for reading