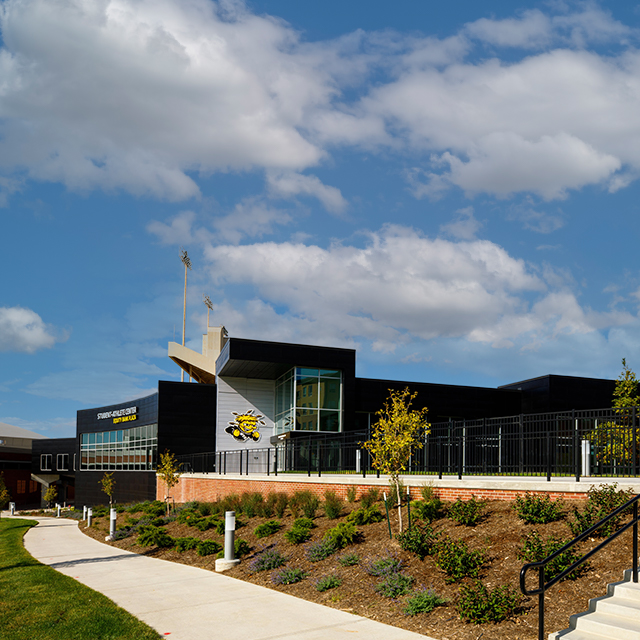 The WSU track and cross-country program was housed in Cessna Stadium, a facility built in 1946 and the structural and system deficiencies to prove its age. With plans to demolish Cessna Stadium on the horizon, WSU set out to upgrade the track and cross-country facilities and much more. The project was funded through private donations raised by the WSU Foundation and WSU Athletics.

WSU recognized the need for space devoted to both the academic and athletic development of their student-athletes. The two-level building, located south of Charles Koch Arena, features a 2,500-square-foot study hall, tutoring rooms and a larger computer center. On the athletics side, the track and cross-country facility includes a weight room looking onto the field, all on-grade allowing athletes to walk right out onto the track. 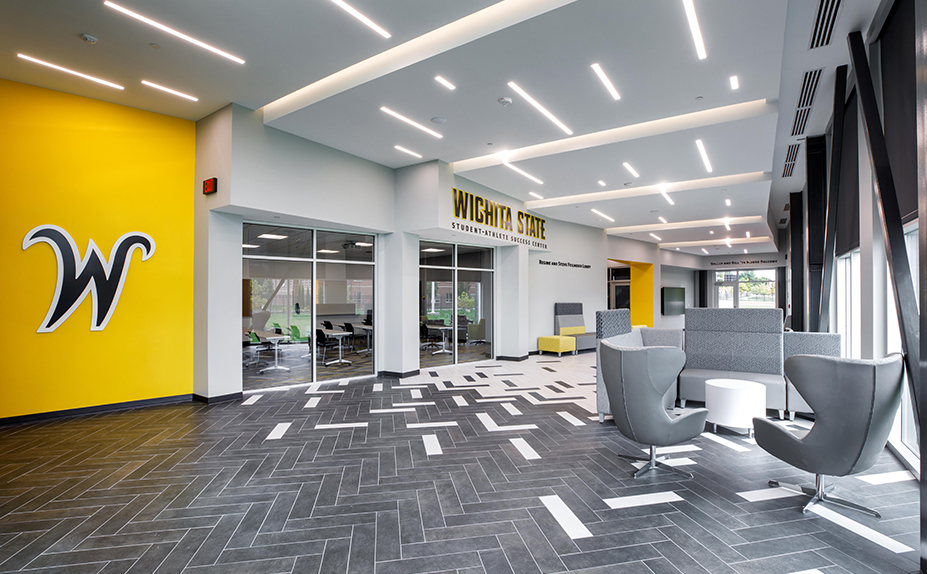 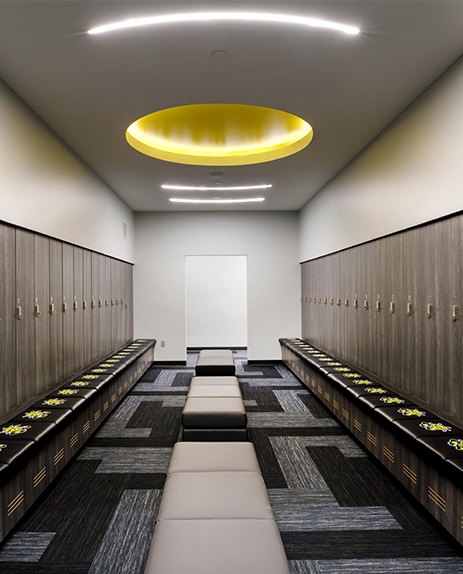 The project also featured renovations to administrative offices and the Champions Club inside Charles Koch Arena. There were a lot of people crammed inside existing facilities. This renovation increased the footprint for WSU’s most prominent sports and seeks to recruit and retain top coaching talent in the future. 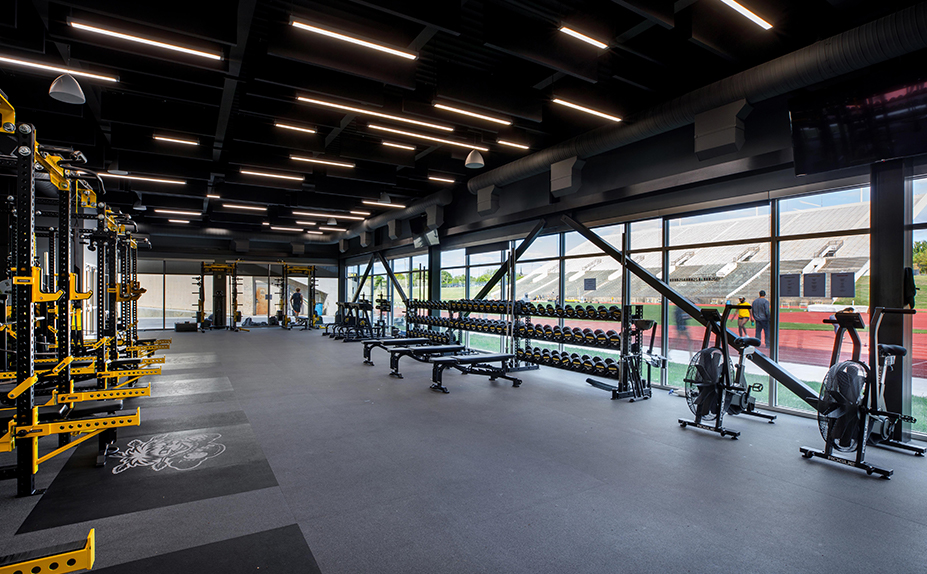 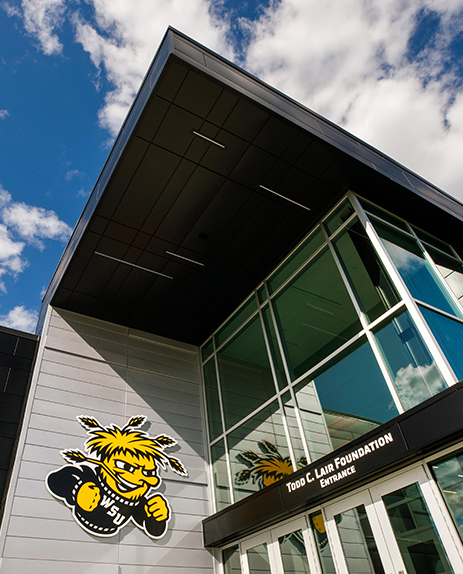 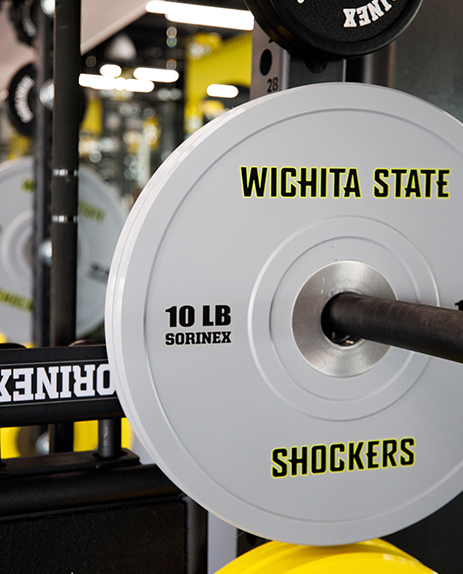 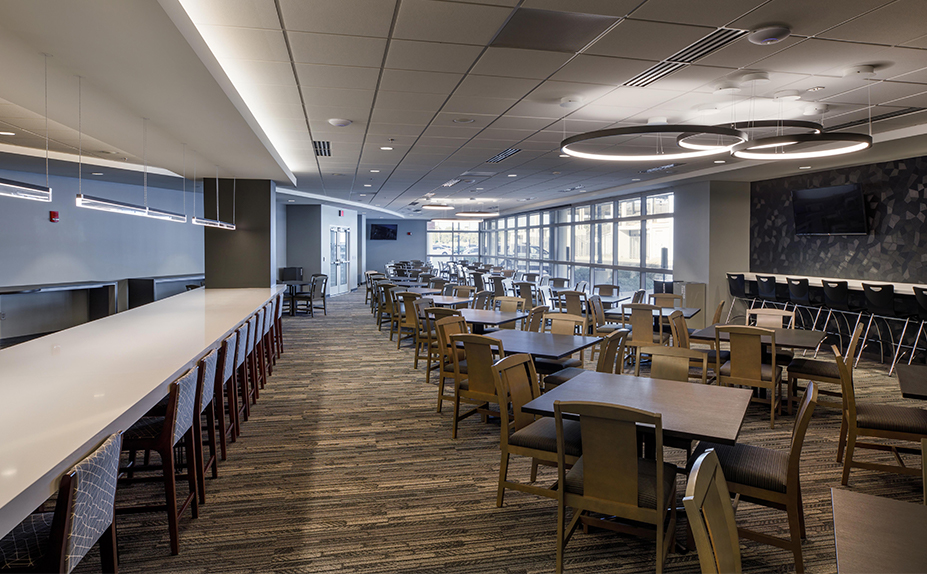